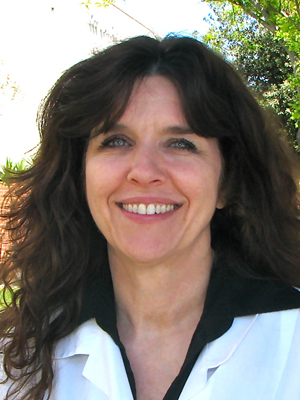 Research in Dr. Payne’s laboratory focuses on the development and function of human B lymphocytes in health and disease, including the contribution of B cells and other components of the immune system to health disparities diseases.

Antibody-producing B lymphocytes are generated throughout life from stem cells in the bone marrow. When something goes wrong in the process of B cell production, immune deficiency, autoimmunity, leukemia or lymphoma can result. The approach in Dr. Payne’s laboratory is to understand the normal process of B cell development in order to understand what has gone wrong in B-cell mediated diseases and to develop effective treatment strategies. Research in Dr. Payne’s laboratory relies heavily on translational approaches that are focused on applying bench research in ways that can address clinical problems (Ann Transl Med. 2015. 3(4):46). Her studies of normal B cell development and function are aimed at translating data obtained from mouse studies into human systems (J Immunol. 2014. 192(10):4610-4619) or hybrid human-mouse xenograft models and using these systems to answer questions that cannot be addressed in animal studies (Immunity, 2007. 26:674). Dr. Payne developed a novel human-only in vitro model of human B cell development that is allowing the laboratory to gain a better understanding of the factors that are critical in early stages of normal B cell development. Her laboratory used this model to identify IL-7 as an essential cytokine in the production of B cells in adults (J Immunol. 2009, 182(7):4255-66.). Her group is currently using this model, as well as human-mouse xenograft models (J Immunol. 2015 Sep 15;195(6):2524-8.) to identify progenitor populations and cytokines that could be important clinically for increasing the T and B lymphocyte production that is often slow to return after chemo or radiation therapy or that declines with age. The work of the lab in studying normal immune cell development has also provided insights into autoimmune diseases such as lupus or rheumatoid arthritis that are mediated by B cells (J Rheumatol. 2015 May;42(5):749-59.).

B-Cell Acute Lymphoblastic Leukemia (B-ALL) is the most common childhood malignancy. A form of B-ALL caused by overexpression of the cytokine receptor, CRLF2, occurs five times more frequently among children of Hispanic/Latino and Native American ancestry than others and is associated with poor outcome. Xenograft mice produced by transplanting human B-ALL cells into immune deficient mice currently provides the best in vivo model for studying mechanisms and identifying therapies for human leukemia. Dr. Payne’s laboratory has established a unique human B-ALL xenograft model that is allowing them to study the CRLF2 signaling pathway in B-ALL. The development of this model has been funded by an NIH Health Disparities R21 award. The CRLF2 alteration is frequently accompanied by defects in the Ikaros tumor suppressor gene. Dr. Payne is collaborating with Physician Scientists in the Department of Pediatrics at Loma Linda University and at other universities across the country to determine the mechanisms by which these defects contribute to leukemia (J Biol Chem. 2009, 284:13869, Pediatr Blood Cancer. 2014. 61(12):2230-5.) and to develop therapies that target them (Blood. 2015, Oct 8;126(15):1813-22.) New treatments for this disease have the potential to dramatically impact the pediatric leukemia patients at Loma Linda University Childrens Hospital who are predominantly Hispanic and Native American and disproportionately impacted by this disease. Dr. Payne’s studies to determine the mechanisms by which the CRLF2 signaling pathway contributes to leukemia have been funded by the St. Baldrick’s Foundation and Hyundai Hope on Wheels.

Dr. Payne’s laboratory is located in the Center for Health Disparities and Molecular Medicine (CHDMM) where she serves as Director of the Flow Cytometry Education and Training Core Facility. Flow cytometry is a technique important for basic science and translational research as well clinical diagnosis of leukemia and other diseases. Work in Dr. Payne’s laboratory relies heavily on flow cytometry and her group provides training in cutting-edge multi color flow cytometry to faculty, students, and staff who work on a number of projects in the CHDMM and laboratories across the campus (Brain Research. 2011. 1370:64-79. Biol Reprod. 2012. 87(5):106. PMID: 22914314. Journal of Virology. 2014. 88(12):6751-6761) .