Dr. Fayard is the Assistant Director for Mental Health Affairs in the Health Ministries Department of the world headquarters of the Seventh-day Adventist church. In this capacity, he has lectured and consulted locally and internationally. He is also a consultant to the Catholic Diocese of San Bernardino, California.

Area of specialty: Integration of spirituality and psychotherapy

Fayard, C., Pereau, M. J., Ciovica, A. (2009). ‘Love the Lord with all your mind’: Explorations on a possible neurobiology of the experience of God and some implications for the practice of psychotherapy. Journal of Psychology and Christianity, 28, 167-181. 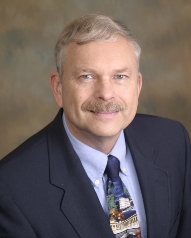 Bio: Dr. Britt has been in the Dept. of Psychiatry, Loma Linda School of Medicine since 1981. He graduated from Rosemead School of Psychology at Biola University in 1981 with a Ph.D. in Clinical Psychology. He is currently Associate Professor of Psychiatry, a Diplomate of the American Board of Professional Neuropsychology, and Fellow of the American College of Professional Neuropsychology.  He began the practicum in Clinical Psychology in this department in the early 1980’s, and assisted in its development into an internship.

He was Co-Investigator in a 5 year NIH/NIA funded research grant on Iron Metabolism Alterations in Alzheimer’s disease with a focus on mild cognitive impairment and the progression to Alzheimer’s dementia.  His clinical practice includes psychological and neuropsychological testing, individual and group inpatient psychotherapy. Internship focus is currently individual supervision and teaching Assessment and Treatment of Suicidal Patients to psychiatry residents and psychology interns. He is on the editorial board of the Journal of Psychology & Theology.

In the Dept. of Psychiatry, he teaches Cognitive Behavior Therapy, the aforementioned course on suicide and psychotherapy supervision for residents. He is a founding member of the LLU International Behavioral Trauma Team and a member of the School of Medicine Committee on Student Disability.

Area of specialty: Neuropsychology of children, adolescents, and adults. Integration of psychology and Christian Theology