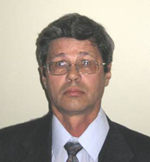 Regulation of gene transcription is the most effective way how cell can regulate and modify its response to environment. Currently, there are several efficient and robust methods to study gene expression on transcriptional level, including RT-PCR, microarray analysis, HTP sequencing, making it possible to study expression regulation. We are using these methods to analyze transcription in several cellular systems and biological samples, such as apoptosis in cancer cell lines, differentiation in human keratinocytes, and ceramide regulation in brain cells.

RNA splicing is a universal process in eukaryotic cells that considerably increases number of protein variants. Alternative splicing leads to production of different proteins with altered properties. In some cases, when RNA splicing is not regulated properly, these altered proteins can cause different diseases including cancer. Pre-mRNA splicing is regulated by a riboprotein complex, spliceosome, and family of SR splicing factors is its essential part. Splicing activity, including alternative splicing, is believed to be regulated by effective concentration of different spliceosome components. We have found that in cells stressed by DNA damage, expression of several SR splicing is controlled by p53 tumor repressor. Observed link between p53 and splicing factors expression regulation may shed light on the fact that splicing regulation is often affected during cancerogenesis.