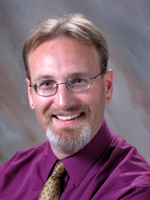 There are at least four ever-present and currently inescapable aspects of the spaceflight environment that may be responsible for changes in astronaut health. These include mission-related psychological (e.g. isolation, danger, circadian rhythms) and physiological (e.g. microgravity, changes in inertia) stress, low-dose/low-dose-rate radiation, and potentially dangerous levels of microbial contamination. These concerns are already familiar to the space flight community and clearly have terrestrial correlates.

In the last fifteen years, I have focused on the gravitational and radiation components of this environment.  In addition to actual space flight opportunities involving rodent models (STS-77, -108, -118, -135), I have modeled flight conditions using a variety of forcing functions including anti-orthostatic tail suspension, centrifugation, and low dose/low dose rate radiation.  Furthermore, I have focused my research on immune function.

While immunology is generally not among the “traditional” bioengineering pathways, it is becoming increasingly apparent that inflammation and immune function are critical components of the biological response to space. Recent evidence suggests that changes may be due to increases in oxidative stress and subsequent activation of anti-inflammatory mechanisms.  This is true for virtually all aspects involving space flight-related biological deficits including musculoskeletal degradation, neurodegeneration, and carcinogenesis.

As a student in the Department of Aerospace Engineering Sciences at the University of Colorado in Boulder, I was involved with several Space Shuttle, Space Station, and KC-135 experiments. Through this work, I was able to combine my interests in engineering and biology. The high point of these experiments, in terms of my dissertation work, was an experiment involving rats on the Space Shuttle (STS-77). After graduating from CU, I started as a postdoctoral fellow in the Radiobiology Program (within the Department of Radiation Medicine) at Loma Linda University and Medical Center (LLUMC). Some years later, I was promoted to Assistant, and then Associate Research Professor.

At LLU, I shifted the emphasis of my work toward the low-dose radiation environment, gaining experience with the proton accelerator at LLUMC and the high-energy physics facilities at Brookhaven National Laboratory. To date, my colleagues and I have completed and published a growing body of work (over 40 publications in PubMed) characterizing basic immune parameters (e.g. population distributions, hematology, blastogenesis, response to pathogen) after whole-body exposure to a variety of radiation types ranging from gamma-rays and protons to carbon and iron, for time points ranging from 4 to 120+ days post-irradiation. We have also started working with a fairly accurate model of a solar particle event (SPE) based on “worst case scenarios.” Additionally, I have had opportunities to continue some of my gravitational work. As stated previously, I was involved with three more flights involving mouse models including the last mission on board the Space Shuttle Atlantis in 2011 (STS-108, -118, and -135).  These studies paralleled those of my radiation work (i.e. evaluate lymphoid cell and organ status). Ultimately, I would like to combine the two environmental stressors to more accurately model the space flight environment.

Given the current funding environment, it is increasingly critical that space flight-related research have terrestrial correlates.  With this in mind, I have three long-term research goals which will be equally valuable to mission planners for future space flights as well as to physicians in the clinic.  First, I want to identify biomarkers that predict the risk of space flight and radiation-induced immune dysfunction.  Second, I want to develop a computational model to describe the long-term impact of space flight and radiation on immune function. And finally, I want to minimize secondary risks of space flight and radiation exposure through the development of immune-based countermeasures. Once developed, this work will not only enable mission planners to predict and counter the risks associated with space flight, but it will also could be used by physicians to minimize secondary risks of radiation in the clinic, and help first responders plan for, and respond to, an nuclear attack and/or accident.