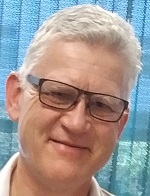 I  was trained as a physicist and radiation oncologist with board certifications in radiology and radiation oncology in Germany as well as in the United States. I have more than 25 years of clinical and research experience in proton therapy, which I gained at the world's first hospital-based Proton Therapy Center at Loma Linda University Medical Center (LLUMC), I came to Loma Linda in 1990 as a postdoctoral fellow of the Deutsche Forschungsgemeinschaft - DFG (German Research Foundation) and 4 years later I joined the staff of the Radiation Medicine Department at LLUMC.  My first clinical project in proton therapy was the transfer of the former LBNL-UCSF-Stanford University helium ion radiosurgery program for arteriovenous malformations (AVMs) to LLUMC. Since 2013, I have been full Professor in the Division of Biomedical Engineering Sciences, at Loma Linda University Health. I have pioneered major advancement in proton therapy technology including the development of nanodosimetry and proton computed tomography. From 2015-2017 I served as one of three Principal Investigators in collaboration with the University of California San Francisco and the Lawrence Berkeley National Laboratory on a planning grant for particle therapy from the U.S. National Cancer Institute with the goal to reestablish ion therapy reseaerch in the United States of America.