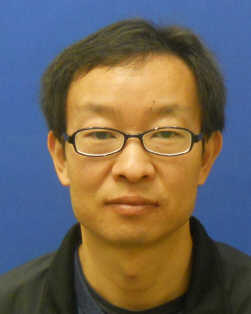 Neonatal hypoxic-ischemic encephalopathy (HIE) is a leading cause of acute mortality and chronic disability in newborns. Our laboratory is interested in identifying the cellular and molecular mechanisms of HIE. We study details of neuronal and cerebrovascular reaction to hypoxic-ischemic (HI) insult in the developing brain. The current project focuses on c-type natriuretic peptide (CNP), a potent neuropeptide released by vascular endothelial cells and neurons in various brain regions. CNP is considered as an “Angioneurin” for its dual actions in neuron survival and vascular homeostasis maintenance. We found that CNP is an innate neuroprotectant in the neonatal brain and provides cytoprotective effects to primary neuron and brain endothelial cells exposed to HI insult in vitro. Two cognate receptors NPR2 and NPR3 mediates the actions of CNP in the brain. Further studies attempt to uncover CNP and its cognate receptors-mediated signaling pathways with an emphasis on the cell-specific mechanisms in the developing brain. Moreover, we explore the potential therapeutic effect of CNP on neonatal HIE and synergized effect with hypothermia treatment. A wide range of methods is used, including animal modeling, primary neuron and endothelial cell cultures, recombinant adeno-associated virus transfection, immunohistochemistry, confocal microscopy, etc. We expect that our study can advance our understanding to the pathophysiology of neonatal HIE and provide insight into the development of new adjunct therapeutic strategies for disease treatment.