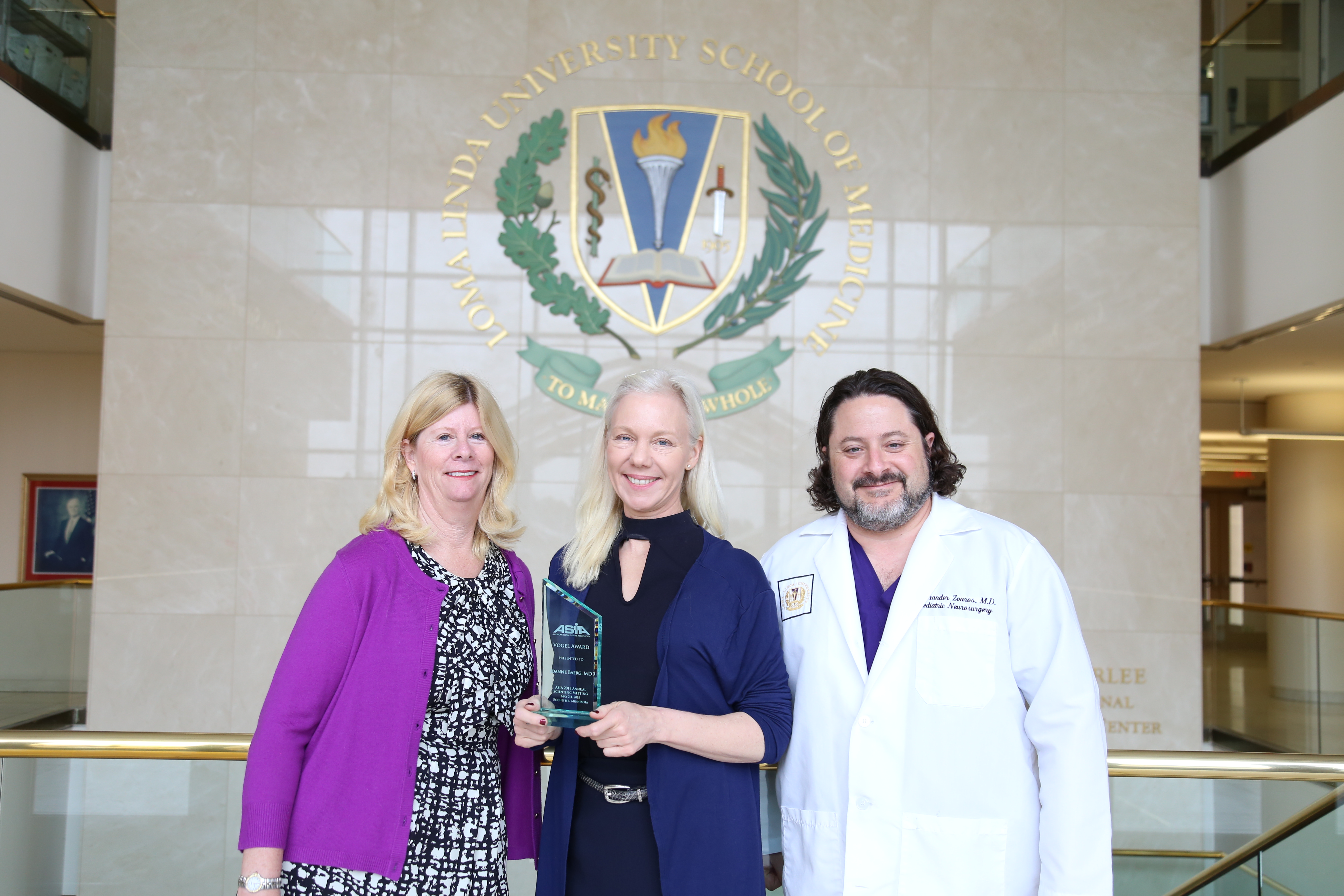 A paper entitled “Cervical spine imaging for young children with inflicted trauma: Expanding the injury pattern” received the 2018 Vogel award from the American Spinal Injury Association, which recognizes the most impactful paper on pediatric spinal cord injury from the preceding year.

The team at Loma Linda University Health applied a prospective imaging protocol on 53 children under the age of 3 who suffered loss of conciousness after an inflicted trauma. Under the protocol, an MRI of the head and neck and angiography were performed within 48 hours.

“For children under the age of 3, it wasn’t understood how to evaluate the c-spine, and so oftentimes it wasn’t being evaluated,” Baerg said.

“The results were surprising,” Zouros said. “It showed that there were a lot more survivors of these types of injuries than previously thought, and there were many more subtle injuries that probably would not have been caught without this protocol.”

The study was conducted between July 2011 and January 2016 with all cases including a police investigation. The paper was published in the Journal of Pedatric Surgery.