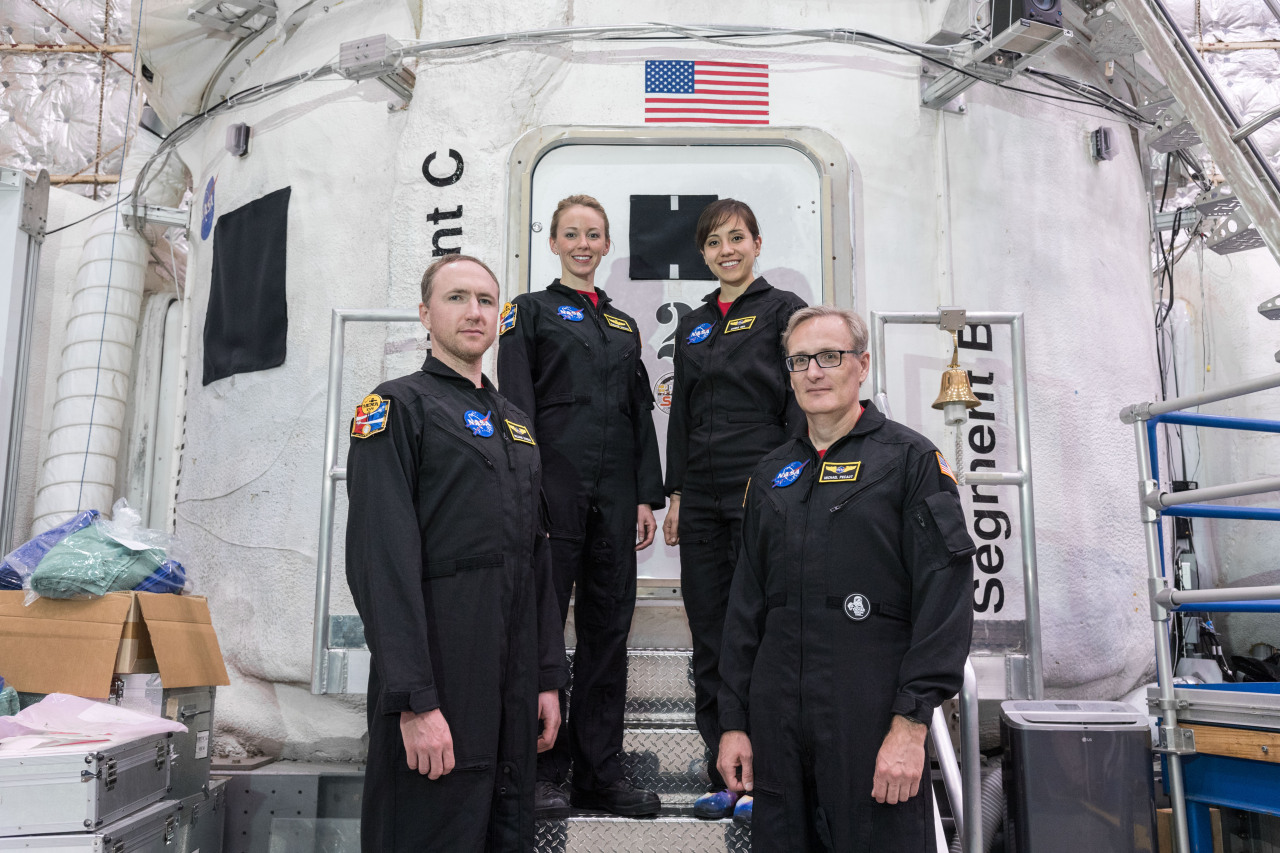 For 45 days, School of Medicine research professor Michael J. Pecaut, PhD, lived in near total isolation, ensconced in a closed habitat at NASA’s Johnson Space Center in Houston with three strangers. Pecaut and his crewmates were the latest team to man the Human Exploration Research Analog (HERA) vessel, a 636-square foot windowless structure with no internet, limited communication with the outside world, and only the supplies they had brought on board at the start of the mission.

HERA is one of several analog (simulated) space missions used by NASA to study new technologies, equipment and human behavior. The habitat where the team spent the duration of their mission is similar in design to spacecraft used in real missions. The aim is to mimic the experience as closely as possible, including using speakers and computer monitors to simulate the launch and landing of the spacecraft and sling-shotting around the moon, in order to measure human reaction to long-term isolation and confinement. Although they never left Earth’s atmosphere, let alone Texas, the HERA mission has great implications on the future of space travel.

“They did a million surveys to test our cognitive function and our emotional states,” Pecaut said. “I think that’s part of what they’re trying to answer: What’s the good balance of personalities on these kinds of missions?” 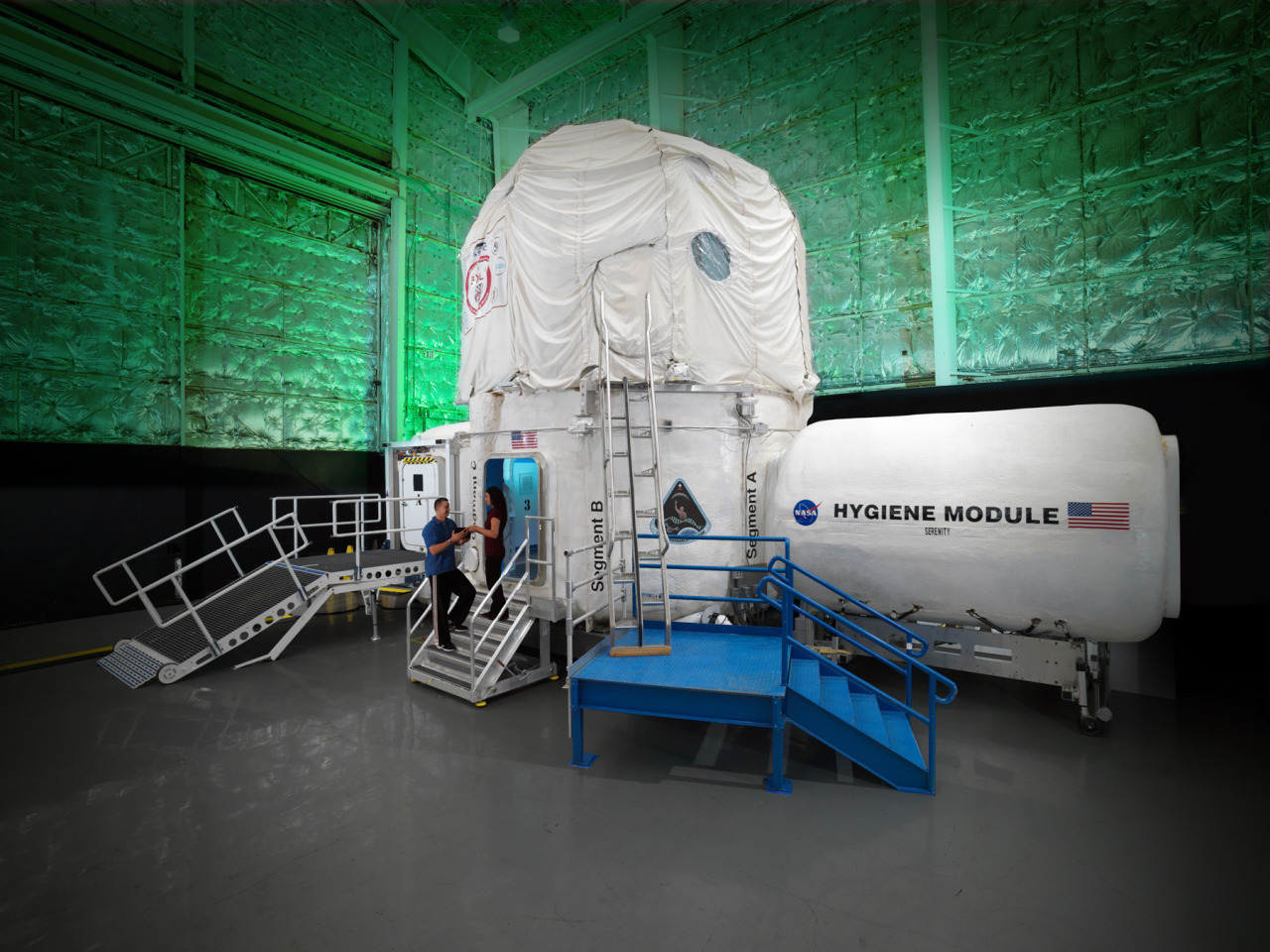 For Pecaut, who is vice chair of the Biomedical Engineering Sciences division in the School of Medicine, engaging in research on behalf of space exploration is nothing new. His lab is funded by several NASA grants, and his work with astronauts on the International Space Station (ISS) gave him an idea of what life aboard HERA would be like.

“We had a schedule that was very similar to what they do on the Space Station,” he said. “I’ve had to be involved in writing the instructions for experiments so I know how much detail goes into it, how strict the timelines are. Everything was mapped out.”

One of the tasks they completed was a series of virtual reality excursions to examine thesurface of the asteroid Geographos.  According to Pecaut, they treated these simulations like real missions, even implementing a five-minute, one-way communication time lag with Mission Control when the team was “on the asteroid.” “We even had to vacuum out the air lock after our ‘space walks’ so the dust from the asteroid didn’t contaminate the ship,” he said. When their schedules allowed, the team would unwind by watching movies and playing games they had brought in with them. 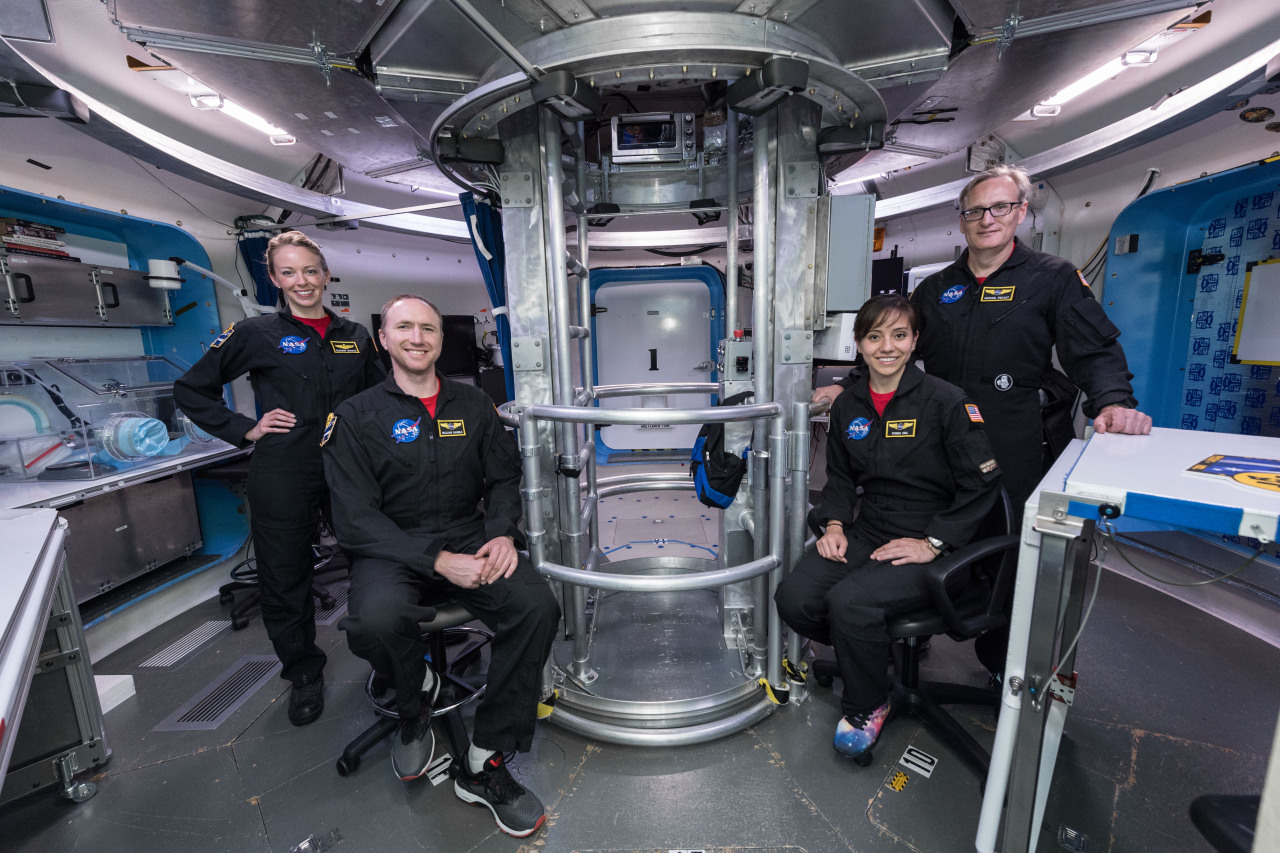 It’s a tough job, Pecaut said, and he’ll keep in mind the stresses astronauts deal with on a daily basis the next time he is designing a spaceflight experiment, but the experience aboard HERA hasn’t dampened Pecaut’s determination to fulfill his boyhood dream of becoming an astronaut.

While waiting to be selected for an actual mission to outer space, Pecaut will continue studying the effects of spaceflight on human physiology. In April 2019, he will be one step closer to outer space when his project evaluating how spaceflight changes B-cells’ ability to responded to vaccines launches into orbit.