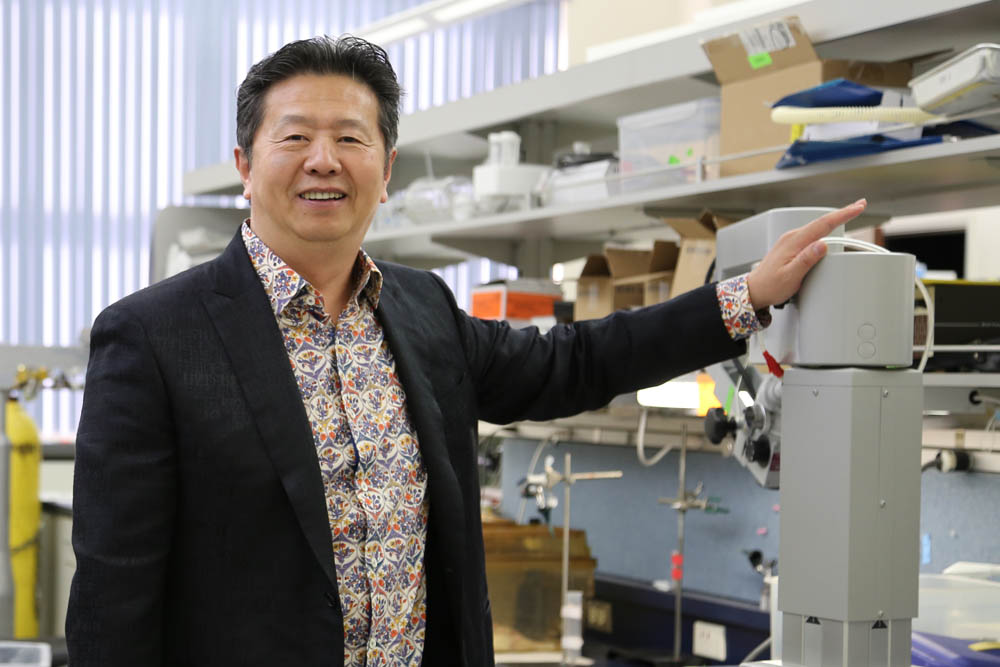 Researchers from the Loma Linda University School of Medicine were awarded $1.7 million from the National Institutes of Health to continue their search for a treatment for hydrocephalus, the buildup of excessive cerebrospinal fluid in the brain.

Commonly known as “water on the brain,” hydrocephalus can be caused by injury or disease throughout life, but premature infants are particularly susceptible to the condition. Between three and four children out of 1,000 births are born with a brain hemorrhage in the germinal matrix, a part of the developing brain that produces neurons and glial cells. The germinal matrix has a fragile vasculature, and trauma from childbirth can cause the blood vessels to burst, leading to hydrocephalus and other lifelong complications.

“They’re born crying and breathing. It’s like they’re normal…so you don’t know they have a hemorrhage,” said John Zhang, MD, PhD and principal investigator for the study.  “Then the mother notices after a year or something ‘Hey the other kids are beginning to talk. Why not mine?’”

In those situations, the only way to diagnose the condition is through an MRI, Zhang said. By then, treatments are focused on stopping the progression of the disease and preventing further brain damage. But the treatment, shunting – the only working treatment for hydrocephalus – has a high rate of failure.

“They put a tube into the brain that goes to the stomach to drain the CSF and get reabsorbed into the body,” Zhang said. “But that causes so much trouble: infection, they fall off, get occluded and the kids are growing. There are so many complications.”

Zhang and his team want to develop a better treatment for hydrocephalus. Using fetal rat brains, they are studying whether the mechanism that produces cerebrospinal fluid can be manipulated. If the amount of cerebrospinal fluid can be controlled, patients with hydrocephalus would have a more effective treatment and a better quality of life. And if the hemorrhage is identified early enough, they could avoid brain damage altogether.

“For us we try to do it early on by removing the blockage and reducing the production of CSF, resulting in a treatment that is much, much easier for patients,” Zhang said. “Taking a pill a day is totally different from having a shunt.”