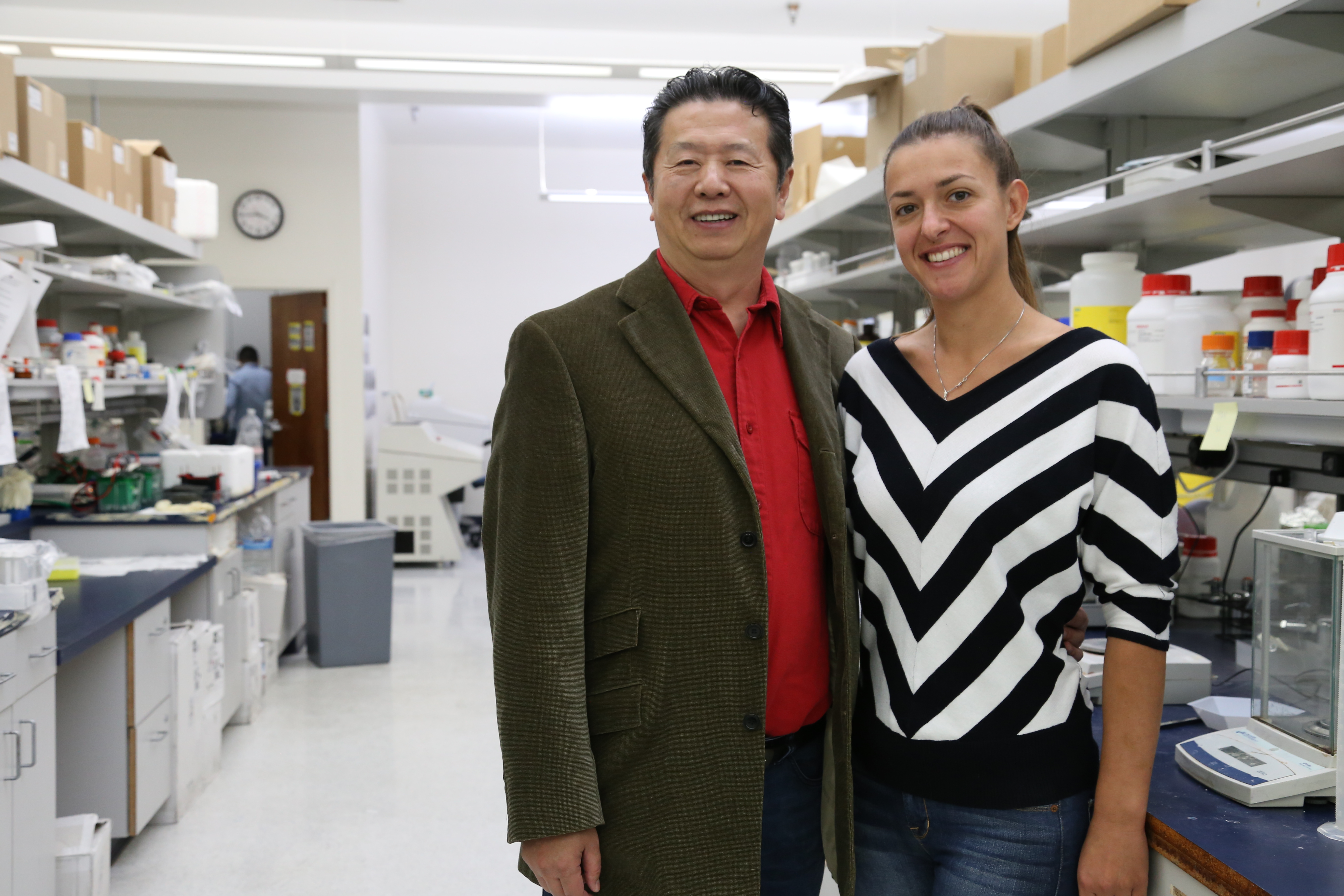 About four out of every 1,000 full-term births and 60 percent of premature infants suffer from hypoxic ischemic encephalopathy, a serious brain injury that results from inadequate oxygen reaching the infant brain. Of these children, 40 to 60 percent will die or suffer from severe disabilities including retardation, epilepsy and cerebral palsy by the time they turn 2 years old.

It is a birth complication with no cure and few treatment options. But researchers in the School of Medicine have identified a promising new therapy that has the potential to stop the progression of brain cell death.

The National Institute of Neurological Disorders and Stroke through the NIH recently awarded John Zhang, MD, PhD, $1.7 million over five years to study whether overexpression of Bax-inhibitor 1 (BI-1) can interrupt the signals that lead to cell death. It is the first grant for the project.

“After hypoxia the cells begin to die, but they follow a sequence. We call it programmed death,” Zhang explained. “It’s like they are saying ‘I’m going to die today so I’ll get dressed and I’ll have a nice dinner and then I’ll die.’ There’s a process.”

“But in stroke or this neonatal brain, we don’t want them to die. If they die we begin to lose brain function,” he said. “So we want to interrupt this process of cell death to slow them down or prevent it entirely to retain some functions.”

PhD candidate Desislava Doycheva has spent the past two years studying just that. Doycheva hypothesized that hypoxia caused endoplasmic reticulum stress, which then led to inflammation and signaled to cells that it was time to die. She further hypothesized that overexpressing BI-1 would inhibit the endoplasmic reticulum stress-induced signals and slow or prevent apoptosis.

“So after treatment the rats were able to recover better than without treatment,” she said.

Doycheva and Zhang said they were surprised the project was funded on its first grant proposal and believe that the novelty of the treatment played a role. No one has done an in vivo study testing the effects of BI-1 on endoplasmic reticulum stress and apoptosis.

“It was a total surprise to me,” Zhang said. “Now grants are so hard to get and usually you have to submit more than once. But no one has done this before for this population. It seems extremely promising.”

Article by Kristen Hwang. Contact the writer at khwang@llu.edu.