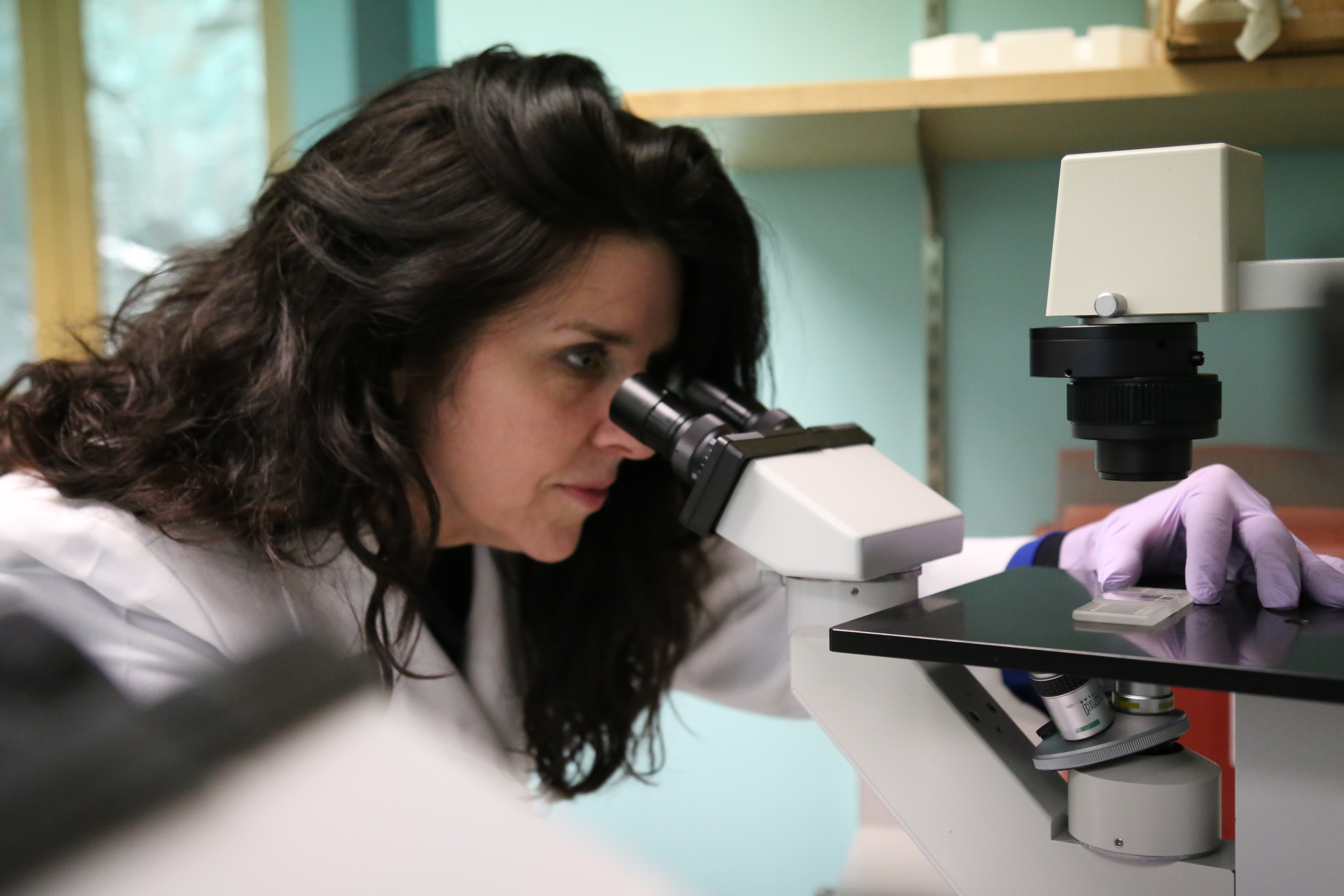 Three years ago, graduate student Olivia Francis told her advisor, Kimberly Payne, PhD, that the data they were gathering on a deadly form of leukemia wasn’t what they were expecting.

Their team had been studying the effect of adding a cytokine growth factor, TSLP, to a kind of B-cell acute lymphoblastic leukemia (B-ALL) that produces too many TSLP receptors. Immature white blood cells – leukemia cells included – rely on the growth factor to proliferate, and Payne and Francis expected to see the leukemia spread faster as a result of the increased dosage. Instead, the leukemia seemed to go away.

After looking over Olivia’s data, Payne called the laboratory team together and said “We’re going to test the opposite hypothesis.” To their surprise, in their first experiment, the leukemia almost all disappeared. Four experiments later and the results were the same: feeding B-ALL cells too much growth factor causes them to die off, allowing healthy white blood cells to take their place.

“This was totally unexpected,” Payne said “and I was skeptical until each new experiment showed the same result.”

The data her team has gathered are so promising that Payne and Loma Linda University have partnered to create a business, Elf Zone, Inc., aimed at bringing this therapy to clinical trials and manufacturing a drug if trials are successful. The National Institutes of Health recently awarded Elf Zone a Small Business Innovation Research grant for $299,999 to jumpstart the project. This is the second research grant awarded to n3eight, LLC, the new business incubator at Loma Linda University Health. Elf Zone is one of eight startup firms at the incubator.

Michael Samardzija, PhD, JD, associate vice president of research affairs, welcomed the news of the second grant. “We are extremely pleased to learn of this new grant coming so soon after we announced the first one,” Samardzija said. He noted that two other companies may soon join the eight already established at n3eight.

Payne is eager to find a better treatment for acute lymphoblastic leukemia because it is the most common childhood cancer, killing more young patients every year than any other kind of disease.

“Most people think we’ve really cured B-ALL because about 80 percent of kids that get that are cured, and that’s better than almost any kind of cancer,” Payne said. “But when this leukemia relapses, half of the kids die, and that hasn’t changed in 30 years.”

The subtype of B-ALL that Payne hopes to cure is even more aggressive than other leukemias: It has a significantly higher relapse rate with the cancer returning in 80 percent of patients within four years. It also disproportionately affects Hispanic children, occurring five times more often in them than in children of other ethnicities.

This discovery could save these kids' lives. Payne hypothesizes that mature B-cells no longer require the growth factor, and because they have normal receptor levels they can ignore an influx of the signal. This means that if Elf Zone can prove TSLP to be an effective treatment, children with leukemia could have a better prognosis and suffer less from nausea, hair loss and other side effects typically caused by chemotherapy and radiation.